While developing, I have two fears/work flows that I've tried several ways to overcome or improve.

For #2, you might suggest git stash.  I do use stash some, but I'm not really a big fan of it - mostly because it doesn't solve problem #2 or #3.  Additionally, I don't like the fact that stashes are ephemeral.  They can easily be accidentally deleted - looking 👀 at you git stash pop.

I think I've finally come up with a solution I like.  The general flow:

Seems pretty simple, right?  However, I may want to create several patch files and don't want all the bother of renaming files after they are created.  Enter some handy aliases:

IMPORTANT: The aliases above have been modified from the original due to a bug.  The original crpatch alias was always creating patch files with the same branch and time in the file name.  This was due to using double quotes instead of single quotes 🤦‍♂️!

FYI: You should probably add all those aliases to your .bashrc , .bashprofile, .zshrc, or whatever so they'll be around next time you open the terminal.

Finally, to create my patch, I just do crpatch (short for "create patch").  Tada!  Everything is in one nice neat patch file ready to be restored if needed.

What do you think?  Is this a good approach?  If you have suggestions or even an entirely different approach, please let me know on Twitter.

UPDATE 1: David Dal Busco pointed out that WebStorm has patching integrated into the IDE.  So, I found something similar for Visual Studio Code.  The Git Patch extension allows you to create patches.  However, the process is slower and doesn't automatically name the files the way I like.

UPDATE 2: Since I'm putting all my patch files in a specific location, they are going to become hard to distinguish.  Is this a patch file for Project X or Project Y?  So, I've modified my crpatch alias to also include the current directory name (project name). 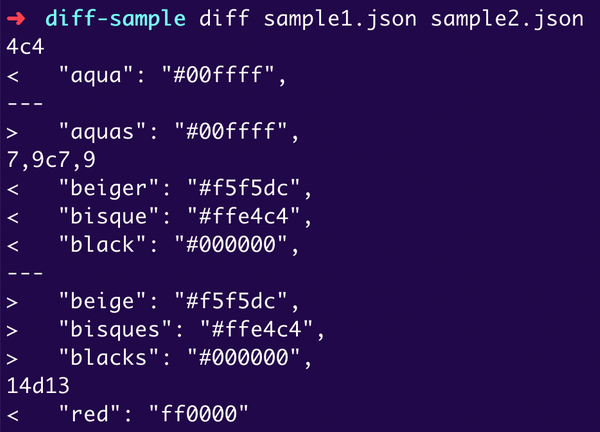 Have you ever needed to easily tell the difference between two files? Just use the diff command in your terminal.

I've been setting up a new Ionic Framework (with React) project from scratch.  I want it to be the baseline for all my future projects.  I'm configuring it to have