I recently left my "Senior Mobile App Devleper" job to deal with some health issues, get myself back to "normal", and explore what I wanted to do with my life.

A frequent topic in our meetings and Slack conversations is about how hard it is to get hired for a "junior" developer role. There are horror stories of 3 hour interviews, no call backs, "we only hire senior developers", etc.

It's clearly demoralizing for so many of these very talented people. I see their conversations, check their portfolios from boot camps, see their Github repos and their blog posts, and think, "Many of these 'wannabe' or 'junior' developers are more capable than me 🤯!" (Looking at you Lucia Cerchie, Tori Crawford, Debra-Kaye Elliott, Aurelie Verrot, Dominic Duffin, Meghan Gutshall)

However, they are still struggling to get in through the front door 🚪. I recently wrote this screed in a #job-hunting Slack channel for Virtual Coffee. Since I also needed to post it in another group, I decided to just blog about it and share it with more people. Maybe it will help you figure out how to get started as a developer in a non-traditional way.

OpenPhone has some “open” 😜 positions.

If you're struggling to get into an engineering role, maybe consider applying for a different role like "Customer Experience Representative".

Suggestion: If / when you interview for something like that, explain to them that your real goal is to get into web/frontend/mobile/back-end development. You’d love to start with them to get experience in their company. However, you’d be very interested in:

Now, don’t be deceptive or intending to waste their time. If you’re really in need of a job, be ready/willing/able to do Job X and commit to it for at least a year.

I applied for a job at MCI (now defunct - thanks, Bernie Sanders 😡!!) and got invited for an interview. I had ZERO telecom experience. Fortunately, before the interview, I found a downloadable course online about telecom switches. This was back in 1995 when "online" was very different to today. I had to pay $65 💰 to buy the course!

When I arrived, the recruiter talked to me for a long while as we waited for the hiring manager to arrive. We got to know each other (yes, this works well @Gant!) at a personal level.

Finally, the hiring manager came in. She was quite abrupt and rude. She literally walked in, looked at my resume, and said, "He doesn't have any skills I need." Then she walked out. That was the extent of my "interview".

The recruiter was shocked and angry. She apologized profusely and then said, "I know Don is looking for someone. Let me go get him."

He came in, looked at my resume, and then asked me a few questions. "You were a nuclear reactor operator?". It was clear he knew I had no relevant experience but was intrigued with my ability to learn something so difficult as that. He finally asked, "What's tip and ring?".

OMG 🤯! Thank goodness for purchasing that course! I was able to explain it. He asked how I knew the answer, and I told him. He hired me on the spot for $10K more than what I was previously making and had stupidly offered as my starting salary.

Within 4 months, I had excelled at the job, purloined a Windows 95 computer (we were on Windows 3.1 & NeXTSTEP) that had Microsoft Access on it, and developed a massive time saving program using Visual Basic for Applications. I got a huge raise, was awarded the "Ring of Champions", went to lunch with a Vice President of the company, and flown out to California for 5 days for an award ceremony.

While I was not officially a "professional" programmer (not my job title), this was really the launch of my programming career. Through 2005, I had other telecom job titles but did "shadow IT" work developing tools for my department to improve workflow and productivity. Again, I ... umm .... got access to a server to build web apps using the LAMP stack.

Finally, in 2006 after leaving the company to try (and fail) at starting my own business, a former co-worker that was now a manager called and offered me a job doing full-time development work for his entire department.

I had finally "made it"!

Moral of the Story:

Good managers / corporate recruiters are looking for people that can prove they are willing and able to learn and persevere. That is infinitely more important than checking all the boxes on a bogus job requirements list.

They are looking for someone that can come in and get up to speed quickly and deal with all their internal hurdles.

Prove your skills. Maybe make a tool that speeds up your workflow and show it to your manager. You just might get a chance to ride the escalator up to the next level.

P.S. I really struggle with depression, self-confidence, and impostor syndrome. Many times, I've considered hanging up my developer hat because:

Often, I've also considered those "alternative" roles like "Customer Success", "Tech Support", and "Developer Relations". I've developed applications, web sites, and mobile apps. I know how non-technical users can struggle to get things to work. I can empathize with them, create tutorials, etc. One of my favorite things is to see how delighted someone can be after they've struggled with making something work and then I show them how to do it.

Does anyone have stories, advice, or suggestions on how to stay in tech while not actively contributing to a code base? I just don't feel in the right frame of mind to keep up with the developer pace anymore. However, developer jobs at my level pay a whole lot more than these other roles. Ideas? Let me know on Twitter or DM me in any Slack/Discord servers we share.

Use Cloudflare Workers to proxy requests to Digital Ocean Spaces for file and image sharing. 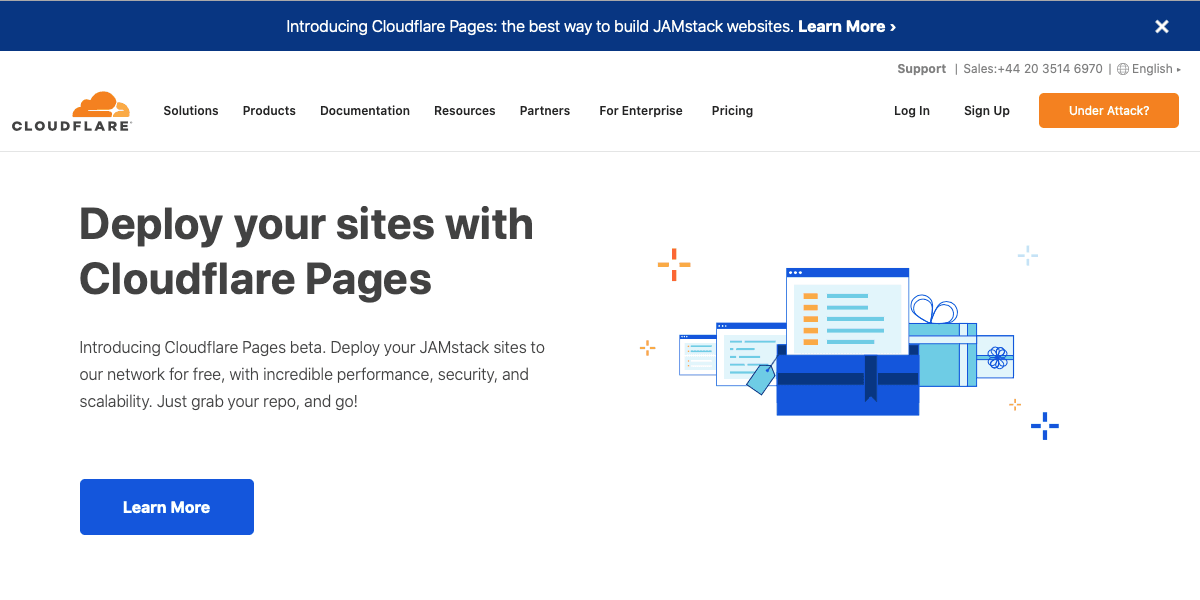 Learn how Cloudflare can help you protect your website or servers from DDoS attacks. Also discover other features they provide to improve your site's performance.