I’ve been suffering from what is now being called “Long COVID” symptoms since February 2020. I tested negative for COVID back then (6 weeks after my symptoms began), but am certain I actually had it (see December 2020 below).

For months, I had headaches, crazy sensations in my brain, “dizziness”, extreme tiredness, periods of staring at my computer for hours and not actually doing anything, time loss, etc.  I was having to nap frequently and sometimes for days on end. At one point, I slept (virtually unconscious) for nearly 72 hours and didn’t eat once in that time.

Things finally started to improve in the summer, but I was still missing lots of work because I just couldn’t focus and get anything done. I left my job in October 2020 because I just couldn’t take feeling like a loser and letting my team down anymore. The stress this was causing ratcheted up my major depression, impostor syndrome, introversion, etc. a thousand times. It just wasn’t safe for me to stay in that environment any longer. I needed a break from it all to recover my mental health.

In December 2020, I got COVID again (positive test). All the same issues came up again - except worse. One evening (on my birthday), I fell down the stairs due to dizziness/confusion and severely injured my back and ribs.

Since then, I’ve tried to work on my business ideas, a family web site, helped out where I could with VirtualCoffe.io, mentored a few people, etc, but I really haven’t accomplished anything. I just bounce around from one thing to the next and discover myself actually doing nothing.

SIDE NOTE: I want to express my thanks and deep appreciation to everyone that is part of the Virtual Coffee group - particularly the founders and support team:  Bekah Hawrot Weigel, Sara McCombs, and Kirk Shillingford. I stumbled across VC at a time where I needed a community, a place to belong, someone to talk to, and the chance to give back.

I had to stop driving and working at a food pantry because seeing certain motions and cars approaching me really triggered confusion and pain in my head. For months, I’ve literally felt disabled and have been fighting back thoughts of suicide.

About five weeks ago, I stumbled across Proprioceptive Deep Tendon Reflex Therapy. See the explanatory video here.  It sounded kind of hokey, touchy feely to me (sort of like Reiki), but I was grasping at straws.

The therapist (trained as a nurse - but this is not a requirement to become a practitioner), felt that I may have had some underlying neurological issues in addition to narcolepsy and major depression that were exacerbated by COVID. After several evaluations and discussions about past accidents, she helped me identify five instances over a thirty year period where I very likely had concussions. two were confirmed medically when they occurred. The other three were highly likely, but I never sought treatment.

After the first two sessions of P-DTR therapy, I had a few good days. However, I’ve had some good days in the past; so, I didn’t put much credence in them.

After the third visit, I realized this was the longest stretch of feeling better than I’d had since December. I was also seeing a reduction in the frequency/intensity of the odd sensations in my brain.

After the fourth session, I noticed the extreme tinnitus I’ve experienced non-stop for about six years (after a fall at an ice rink caused a concussion) would come and go a few times a day.

After my most recent session, the tinnitus in my right ear (the worst), disappeared and has been gone for about three days. The left ear is still ringing, but much less loudly than before. I’ve gone three days with just needing a short nap once each day. Most of the strange sensations in my head are gone or at least not as overpowering.

Now, my therapist wants me to skip a few weeks to see how things go. There are still a few issues that she might be able to clear up, but she wants everything to settle a bit.

So, I’m getting better!!! If you know anyone suffering from symptoms that western medicine doesn’t have a solution for, I’d highly recommend you refer them to someone that practices P-DTR. 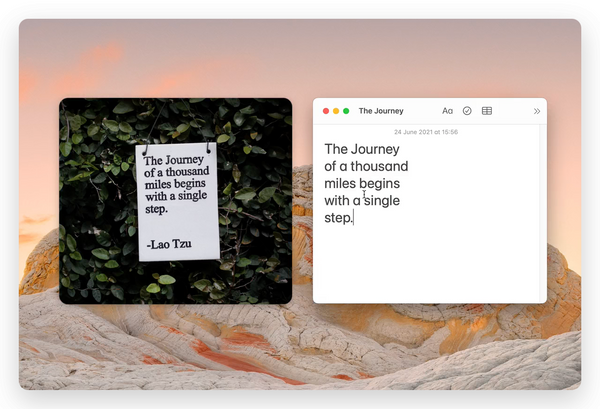 Use Cleanshot X to capture ANY text on a macOS screen - photos, videos, etc.

Learn how to use the CSS font-variant-numeric property to ensure numerals are displayed consistently and avoid layout changes.