In Apple's recent "Far Out" event, it announced lots of new devices and software.

Tim Cook also mistakenly (?) admitted to Apple's involvement in censorship. Apparently the new iPhone 14 pro is going to be particularly good at censoring our photos‼️

Time to switch to Android⁉️

Turn on captions for the video to reveal the secret truth. Then SCROLL DOWN for more on this shocking story.

However, I had to listen to it several times and finally turn on closed captions to figure out the truth.

In fact, the audio to text tool I used for this video clip also translated it the way I heard it 🤣. 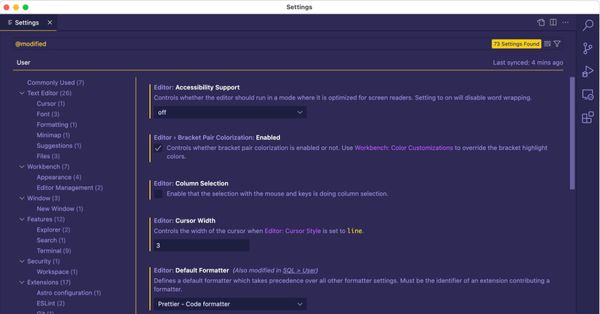 Sometimes you may discover a change in the way Visual Studio Code works for you. Maybe something that used to work no longer does. Perhaps you changed some setting but

The Emoji and Symbols keyboard on macOS is a great way to add some fun to your messages. Learn the quickest, most reliable way to open it.